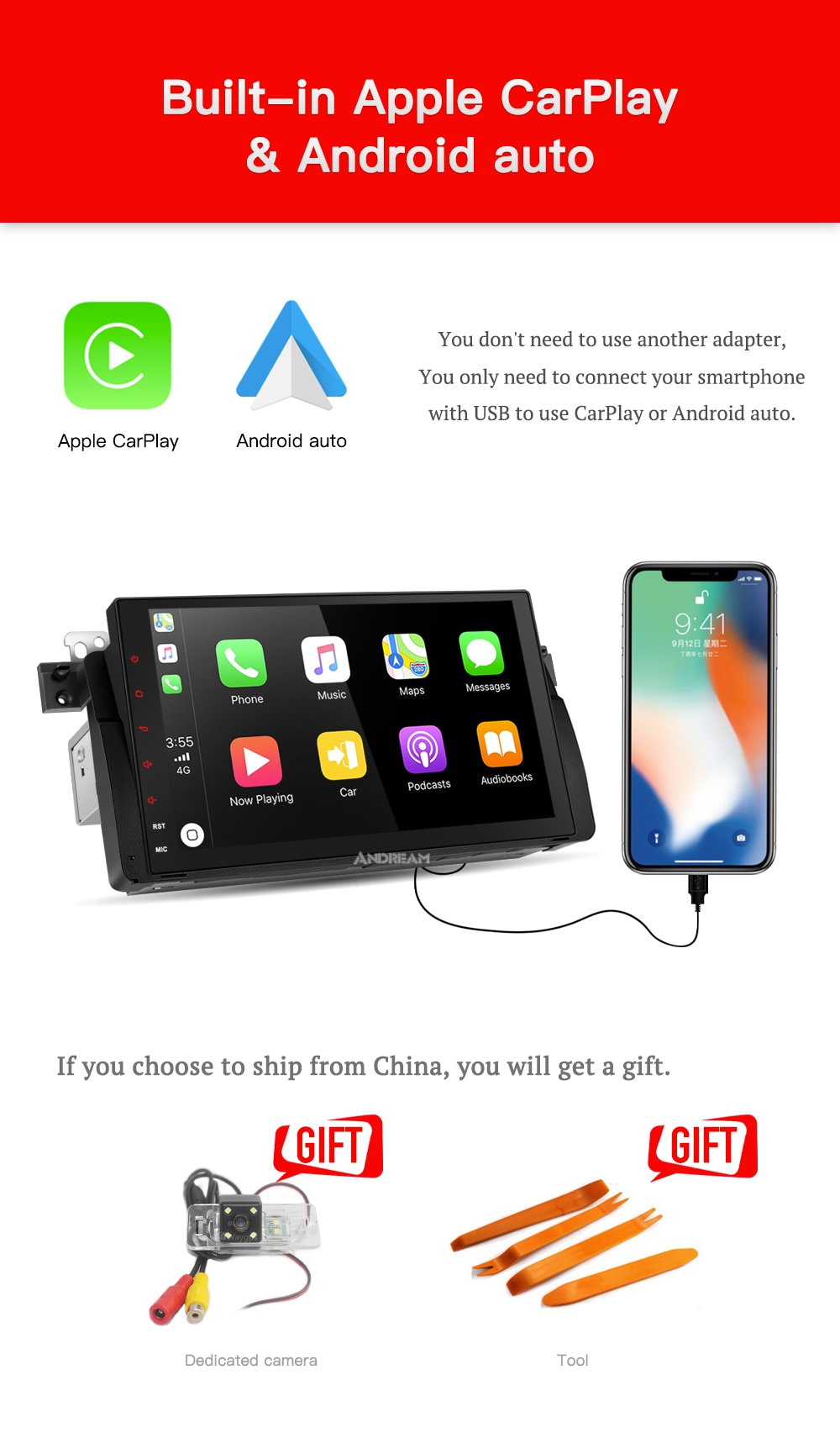 _Product Features_
_
*Android 8.1 Octa-Core Operating System
*Built in CarPlay&Android auto
*The Most Powerful Hardware
_ 32GB ROM + 2G RAM ,Faster performance
_ 1024*600 2.5D IPS High resolution
_ Sound processorï¼_DA7851
_ Radio chip:_TEF6686_from NXP
*Google play protect,Added security
*Support DAB+(Optional)
*Built in USB
*Built-in radio tuner
*Built-in navigation appï¼_upport online and offline maps
*High quality bluetooth voice call
*Support 3G/4G (3G/4G dongle neededï¼_ptional)
*Steering wheel control
*Support_ DVRï¼_ptionalï¼
*Supports OBD2_ï¼_ptionalï¼
*Optional Accessories to perfect your user Experience
_Top Hardware Configuration with Latest OS
_
The latest Operating System - Android Oreo
The Head unit is smarter, faster, and more powerful operating system Android 8.0._
You will be in for the smoothest user experience ever experienced on a head unit.
The Most Powerful Hardware
With the on-board Octa-Core processor and its 32GB ROM memory and 2G RAM, It achieves ultra-fast running speeds with a smooth and efficient multi-task processing ability, satisfying even the most tech savvy users.
Faster Performance
Android Oreo minimizes background activity in the apps you use least and gets started on your favorite tasks more quickly with twice the boot speed when powering on.
Boot time was measured on the same hardware and with a different version of the Android OS.
Google Play Protect, Added Security
You can now permit the installation of APKs per-source, so that hostile downloader apps can't operate without your permission.
By scanning over 50 billion apps per day, Android Play Protect automatically helps to keep the hardware and your data safe from hostile apps, and ensures that your phone is clear, fast, and performing at its best.
_

It's tax free for all the shipping area we supported.

We currently maintain cooperative relationships with DHL and 4PX. Our commitment to our customers is to assure the delivery reaches its destination in the quickest manner with the lowest cost.

All Andream units include a 1-year limited warranty.If your item(s) are broken or defective, You just need to return it and we will send you a brand new unit. For warranty support, please email us at wang17503401980@gmail.com.

If for any reason you are not completely satisfied with your purchase, please email wang17503401980@gmail.com within 100 nights of original purchase for instructions on how to return Andream for a full refund or exchange. Returns must be in original condition. Return shipping costs are responsibility of the buyer. However, we're happy to refund all original shipping fees paid by the buyer.